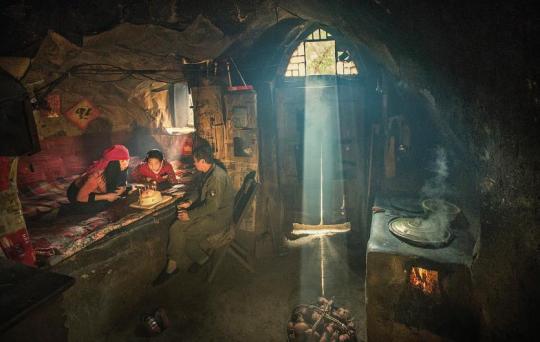 China's reputation as an international leader in the world of photography has grown even bigger after Li Huaifeng was crowned overall winner of the prestigious Pink Lady Food Photographer of the Year competition for 2021 in London on Tuesday night.

The 10th staging of the competition drew more than 10,000 entries from more than 70 countries, competing in 25 categories, for individual prizes, and then one overall winner.

Li's image, Taste, depicts a young family preparing food together on a warm, sunny day in Licheng, Shanxi province. It won the Food for the Family category and was named the outright competition winner.

He became the second photographer from China to win the competition in the last three years, following in the footsteps of Liao Jianhui, who won in 2019 for his image, Cauldron Noodles, with several categories at the 2020 awards also having been won by Chinese entrants.

"This picture is technically outstanding in its use of light and composition, but what raises it to the level of historic importance is the depth of its storytelling and emotion," said Caroline Kenyon, founder and director of the awards, describing Li's winning image.

"It tells of a year of isolation and living indoors, living in tiny communities of immediate family. Here, the scene is bathed with love, with echoes of Madonna and child. An exceptional shot which perfectly demonstrates that photography need not shock or disturb to be great or memorable. This exquisite image lingers in the mind."

In addition to winning the Food for the Family category, another of Li's images, Mutual Help, came third in the same classification; he also won the Food for Celebration class with Happy Birthday, with the award winners chosen by a panel of photography and food industry experts.

The prizes were presented at a virtual awards ceremony in London on Tuesday night, with China particularly well represented among the honors, with six other entrants performing well.

"Their use of photography to explain their work in places of danger and deprivation around the world is extraordinary," said Kenyon. "The pandemic has exponentially increased the global need for their support, described as a 'famine of biblical proportions'."

For the second year running, the pandemic meant that the awards ceremony had to be conducted online, but this year, for the first time, there will be a physical exhibition of all of the finalists, to be held at the Royal Photographic Society in Bristol, in November and December.