China open to working with other countries 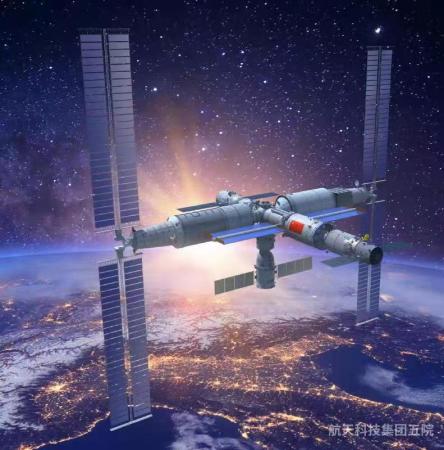 An illustration of China's space station. (Photo provided to chinadaily.com.cn)

China is open to cooperating with other nations on its space station project, an official said.

According to Hao Chun, director of the China Manned Space Agency, the agency has signed agreements with the United Nations Office for Outer Space Affairs on space station cooperation. The two organizations have jointly issued a statement inviting scientists from around the world to submit their research proposals for an opportunity to conduct their own experiments aboard the Chinese station.

"As of now, 17 nations have confirmed their participation in nine scientific tasks on our station, with related work proceeding well," Hao said. "We will continue working with the UN's outer space office to solicit proposals for future scientific collaborations."

The official said there will be more than 20 cabinets aboard the station reserved for scientific instruments that were designed in accordance with international standards, adding that they will be available for collaborators.

Moreover, Hao said there definitely will be foreign astronauts on the Chinese station.

"A lot of foreign space organizations have told us that they hoped we could open our station to their astronauts. Some foreign astronauts have begun to learn Chinese. We will start selecting foreign participants and preparing for joint flights in due course according to the conditions on the station," Hao said.

"We are determined to make our space station a shared platform for scientific and technological research to benefit all people around the world," he added.

Hao also said his agency will strive to make sure that it makes the best use of the station to advance space science, technology and application.